While the recent decision to implement a patent linkage system in China seeks to encourage innovation in the pharmaceutical industry, manufacturers of generics could also stand to gain from it.

The Chinese Food and Drug Administration said May 12 that it plans to link the application process for new drug approval to patent rights, and that pharma companies seeking market approval for new drugs will have to declare whether their products violate intellectual property rights.

Yahong Li, associate professor at the University of Hong Kong’s law department, said in an interview that there are terms in the policy draft which, if not clarified in the final policy, could be interpreted by generic drug manufacturers to their advantage.

For example, how do you define who is an innovator? “The policy states its purpose is to protect innovators’ rights, but who are these innovators? Would a company developing a drug based on an existing product be considered an innovator as well?” Li, who specializes in intellectual property law, said… Click here to read the full article. 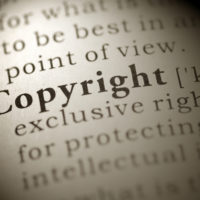