About the book chapter: The use of immunised accomplice witnesses by the prosecution has long been a feature of criminal trials in England and those jurisdictions such as Hong Kong which adopted the English criminal justice system. This practice has been disparaged as ‘unsavoury’ and ‘distasteful’, even ‘unethical’, but ‘turning Queen’s evidence’ in return for immunity from prosecution has been regarded as a ‘necessary evil’ and legally sanctioned as an essential tool in the fight against serious crime. This is particularly true of those forms of criminal activity which normally take place in secrecy, such as trafficking in dangerous drugs, terrorism, fraud and—the subject of this chapter—corruption-related offences…

Anti-Corruption Law and Enforcement in Hong Kong: Keeping it Clean 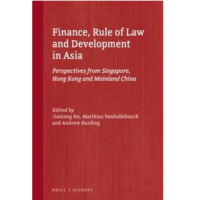