Occupy Central and Cyber War: Technologies behind a Political Event

Abstract:
Occupy Central was a civil disobedience campaign in Hong Kong. Initially, the campaign aimed to organize citizens to block Hong Kong’s financial heart, at Central District, in order to persuade Mainland China to allow Hong Kong to implement genuine universal suffrage in the modes proposed. The campaign evolved into protests in different major districts of Hong Kong eventually.
While there were vigorous clashes between the protesters and police officers in the streets of Hong Kong, more silent confrontations had begun among protest supporters, hacktivists, and the Hong Kong government. The cyber weapons were mobile applications with malware for surveillance, tools for Distributed Denial of Service (DDoS) attacks, phishing emails with Advanced Persistent Threat (APT) and so on. In this paper, we gather information about cyber-attacks related to Occupy Central and classify the attacks based on their attacking purposes, techniques, targets and propagation media. According to the classification and timeline, we generalize the attacks to construct a framework that helps to identify patterns of future cyber-attacks.

Biography:
Dr. K.P. Chow (MA, PhD UC Santa Barbara) is an Associate Professor at the Department of Computer Science, Director of the Law and Technology Centre and Associate Director of the Center for Information Security and Cryptography (CISC) at The University of Hong Kong. Dr. Chow’s areas of research interest are computer forensics, cryptography, computer security, Internet surveillance and privacy. In the past few years, Dr. Chow has been invited to be a computer forensic expert to assist the Judiciary in Hong Kong. 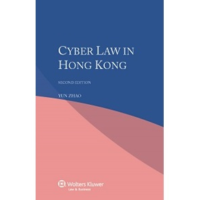