It took a few lines on a Chinese website to end one fight over President Trump’s right to his name and begin another.

China’s government last month granted the “Trump” brand trademark protections in the construction industry, concluding a decadelong battle that, until last summer, the American businessman looked unlikely to ever win.

The notice finalized a decision in November, before Trump became president. But it ignited condemnation from U.S. ethics lawyers and Democratic lawmakers, including Sen. Dianne Feinstein (D-Calif.), who question whether the president violated the Constitution by accepting special favors from a foreign government.

An otherwise formulaic approval has escalated into a key example of the challenges — in perception and potential conflicts of interest — when a businessman with ties to a global portfolio also runs the country.
…
The move followed a December ruling that blocked sportswear company Qiaodan Sports from using the Chinese version of Michael Jordan’s name. And in January, the Supreme People’s Court released guidelines that prohibited trademarks for names of public figures in fields such as politics and culture.

Decisions like these “may be read as a tendency to give better protection to foreign celebrity interests in China,” said Haochen Sun, Director of the Law and Technology Center at the University of Hong Kong and a specialist in intellectual property law.

The State Administration for Industry and Commerce, which oversees the trademark office, directed questions to the agency. It did not answer calls… 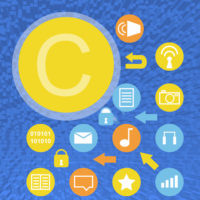