The Age of Uninnocence: Technology, Sexual Violence and Criminal Law

This event is co-organized by the Law and Technology Centre, Faculty of Law, The University of Hong Kong (HKU), the Centre for Comparative and Public Law, Faculty of Law, HKU and the Women’s Studies Research Centre, HKU.

Abstract: Like so many other institutions, the criminal justice system has been grappling with the implications of the digital revolution.  Technology has changed, profoundly and likely forever, the way that people interact, consume information, and disseminate ideas.  It also has provided new avenues for exploitation, social ostracism, bullying and sexual violence.  In this lecture, Professor Mathen will discuss the Canadian experience, drawing on both recent cases and law reform.  She will assess the challenges involved in ensuring that criminal law is responsive to new forms of wrongdoing.  And she will discuss how social media affects citizens’ understandings and expectations of criminal justice itself.

About the speaker: Carissima Mathen is Associate Professor of Law at the University of Ottawa.  An expert in constitutional and criminal law, she is one of Canada’s most active legal commentators appearing regularly on television, radio and in print. From 1994-2001, Professor Mathen worked for the Women’s Legal Education and Action Fund (LEAF) litigating path-breaking equality rights cases. Numerous courts, including the Supreme Court of Canada, have cited her scholarship.  She has authored dozens of scholarly articles including “The Federal Principle” (Constitutional Amendment in Canada, UTP), “The Shadow of Absurdity and the Challenge of Easy Cases: Looking Back on the Supreme Court Act Reference” (SCLR) and “Crowdsourcing Sexual Objectification” (Laws).  In recent years Professor Mathen has investigated artificial intelligence and legal reasoning, dissent on high courts, and the ruthlessness of constitutional transition. She is currently writing a book on the reference function (advisory opinions) of Canadian courts.  Professor Mathen grew up in Montreal and holds degrees from McGill University, Osgoode Hall (York) and Columbia University Law School. 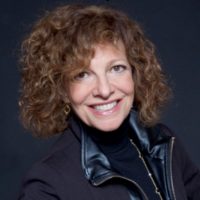 Revisiting privacy and dignity: Online shaming in the global e-village